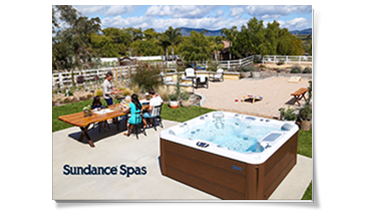 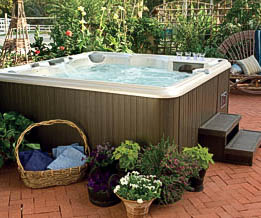 Sundance Spas have been distributed in New Zealand for over 20 years.

Sundance Spas is devoted to improving health and lifestyles through the benefits of its superior hydrotherapy, which include relaxation, stress relief, the promotion of overall well-being, and the creation of an environment for balanced living.

Since opening its first manufacturing facility in Costa Mesa, California in 1979, Sundance Spas has grown to become the world’s largest manufacturer and distributor of acrylic spas. The portable and in-ground hot tubs produced by Sundance Spas are technologically advanced, well-designed, durable, and energy efficient. Sundance Spas can be found in more than 750 retail locations in more than 60 countries worldwide, distributed by an International Dealer Network

Sundance Spas trains dealers and technicians the world over, conducting in-depth business management and technical service seminars. These ongoing training programs give you the assurance that when you buy a spa from Sundance Spas, you are doing business with knowledgeable professionals.

Sundance Spas have been distributed in New Zealand for over 20 years and are sold by local dealers with a superior knowledge of spas and a genuine confidence in the quality of Sundance Spas.

In addition to new spas, they can service older Sundance Spas. A large range of parts are held in New Zealand, so whether your spa is four years or 24 years old, they can help you.

See the timeline and history of Sundance Spa’s industry innovation.

Testimonials
We LOVE our Sundance Spa!!

We have had our Sundance spa now for 7 months and love it! We shopped around at the time but...

My family are very pleased with our Optima spa pool. It has gone far beyond our expectations,...

See All Testimonials
On Time and With a Smile

The enthusiasm and commitment that I had first seen in the showroom extended throughout the...

REQUEST A CALL BACK